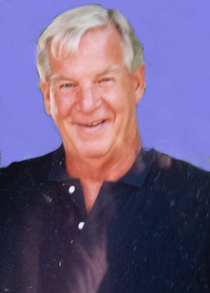 Bill was a 1956 graduate of Boiling Springs High School. He was a member of Otterbein United Methodist Church, Carlisle.

For many years he was the Superintendent of Grounds at the Carlisle Country Club and was the former owner of Fry’s Lawn Care, Boiling Springs.  Bill was also a member of the South Middleton Township Fire Company and for over forty years a member of the South Middleton Special Police, where he formerly was the Captain.  He was also active in the Boiling Springs Alumni Association.

He was preceded in death by two sisters:  Marty Bowers and Peggy Lear.

Surviving are a son:  Brian A. Fry (Sandy) of Newville; a brother:  John Fry of Carlisle and a sister:  Patsy Deitrick of Carlisle.

Memorial services will be held at 1:00 P. M. on Wednesday, December 16, 2015 from Otterbein United Methodist Church, 647 Forge Road, Carlisle, with the Rev. Daniel Dennis officiating.  Private burial will be in Westminster Memorial Gardens, Carlisle.  Visitation will be held at the church on Wednesday from 12 Noon until time of service.

To order memorial trees or send flowers to the family in memory of William Fry, please visit our flower store.