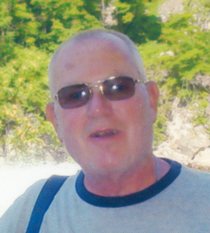 Bill was a graduate of Steelton-Highspire High School and Thompson Institute.

He was retired from the Navy Ship Parts Control Center, Mechanicsburg  as a Computer Operations Supervisor after 35 Years in the Computer Department. He also retired from HealthAmerica in Harrisburg where he worked in the Mailroom for over 8 years. He had worked part-time as a stocker at Weis Markets in Harrisburg, and as a Security Guard for Hershey Entertainment.

He was a member of Carlisle Evangelical Free Church where he was also on the security team. He also was a member of the Lower Swatara Fire Police, Dauphin County Fire Police Association, and the National Rifle Association. He was a past member of the Citizens Fire Company, Steelton, and the  Steelton Moose. He was very involved in  Area M Special Olympics, where he was a softball coach and participated with his teams at the PA Special Olympic Games at State College.

His first love was spending time with his family. He was an avid Penn State Fan and hunter. He enjoyed his cabin in Tioga County and hunting and fishing in Tioga and Potter Counties.

Funeral services will be held at 12:30 p.m. Tuesday, June 16, 2015 from the Wiedeman Funeral Home, Inc., 357 S. Second St., Steelton, with the Rev. Shad Baker, his pastor, officiating.  Burial will be in Blue Ridge Memorial Gardens, Harrisburg.  Viewing will be at the funeral home on Tuesday from 11:00 a.m. until time of service.

To order memorial trees or send flowers to the family in memory of William Capello, Jr., please visit our flower store.