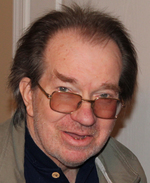 Born June 2, 1945 in Carlisle he was a son Betty Jean (Dunkle) Shughart of Carlisle and the late William N. Alspaugh.

Mr. Alspaugh was retired from Sprint, where he had worked as a Field Engineer.  He was Methodist by faith and enjoyed trout fishing.  Bill had also served in the Air Force during the Vietnam era.

Funeral services will be held at 11:00 A. M. on Tuesday, September 4, 2012 from the Ronan Funeral Home, Carlisle, with the Rev. Scott Hocker, officiating.  Burial will follow in Cumberland Valley Memorial Gardens.  Viewing will be at the funeral home on Tuesday from 10:00 A. M. until time of service.

To order memorial trees or send flowers to the family in memory of William Alspaugh, please visit our flower store.