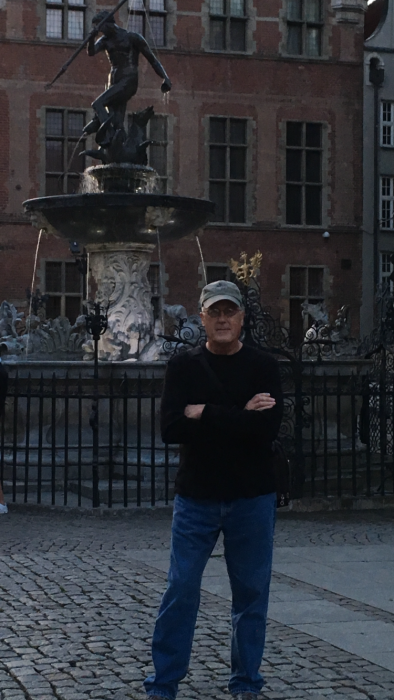 Born January 15, 1945, at Lennox Hill Hospital in Manhattan, New York, he was the second son and fourth child of the late Frank Stubits, Sr.  and Mary (Grohotolski) Stubits. On November 6, 1970, in Honolulu, Hawaii, he was married to and is survived by his  loving wife, Constance Elaine (Dobson) Stubits.

Tom graduated Newtown High School, Newtown, New York in 1964. He graduated from the University of Georgia in 1968 with a Bachelor’s Degree in Agricultural Economics, University of Southern California in 1979 with a Master’s Degree in Education, and the US Army War College in 1989.

He proudly served in the United States Army from 1968 to 1991 and is a Veteran of the Vietnam War. He was a member of the 82nd Airborne Division, and he served several assignments throughout the United States and in Germany, including the Pentagon. He rose to the rank of Lieutenant Colonel, and retired from the Army at the U.S. Army War College at Carlisle Barracks in Pennsylvania in 1991.  After he retired from the Army, he was the Monroe Township Manager from 1989-1991, where he established a life-saving traffic light. He served the State of Pennsylvania for 17 years in the Department of Education, retiring in 2010. He volunteered at Carlisle Barracks for 5 years as a tax preparer for soldiers, veterans, and widows. He was a huge supporter and fan of his Georgia Bulldogs and corresponded with several coaches over the years. Tom was a die-hard New York Yankees fan. He was a lifelong avid runner and shared that interest with both his daughter and best friend whom he met with weekly, followed by coffee and conversation. He was a weightlifter and fitness and health buff.  He loved writing (and had many editorials printed in area papers), reading, traveling globally, and studying Civil War History. As a teenager, he spent many summers working on his aunt and uncle's farm in Walnutport, PA. Since 1986, Tom and Connie enjoyed owning and managing a small tree farm outside of Fredericksburg, Virginia.  To drive by their house, you would know he was a lawn perfectionist, even doing lawn care til he was ordered not to. He was a member of the Men’s Fellowship at the US Army War College Chapel. This summer he traveled to Fort Sill, Oklahoma to celebrate his 50th reunion of Officer Candidate School. Mostly, Tom was a beloved husband, supportive dad, loving grandfather, and dear friend to many, and will be greatly missed for his hospitality, personal stories, humor, and candor.

He is survived by and missed by his devoted wife, Connie, of Boiling Springs, his only daughter and son-in-law, Alison and Chris Ackerman of Saint Marys, Georgia (most recently Coopersburg, PA); his four beloved grandchildren, Abigail (17), Amelie (16), Olivia (13) and Ethan (13) of Saint Marys, Georgia (also recently of Coopersburg, PA). He is also survived by brothers Frank Stubits, Jr. and Richard Stubits, and sisters, Frances (Stubits) Nagy, MaryAnn (Stubits) Medina, Theresa (Stubits) Morris, and Elaine (Stubits) Goodenough, as well as many in-laws, cousins, nieces, and nephews. He was pre-deceased by his parents, nephew, Greg Bozdech, and just this summer by his oldest sister, Lillian (Stubits) Bozdech.

A full military service to celebrate Tom will be held at the United States Army War College Memorial Chapel at Carlisle Barracks, PA on Saturday, October 12, 2019 at 10:00 a.m. Please set your directions to 870 Jim Thorpe Rd, Carlisle, PA to gain access to Carlisle Barracks. The chapel is on your left as you enter. Private Interment will be held at a later date at the discretion of the family.

In lieu of flowers, please consider memorial contributions in Tom’s name to the Wescoe Foundation for Pulmonary Fibrosis, 229 North Main Street, Coopersburg, PA 18036, or Samaritan’s Purse Operation Heal Our Patriots Ministry, PO Box 3000, Boone, NC 28607. Both organizations can be found on the internet and donations can be made through their websites at wescoefoundationforpulmonaryfibrosis.org or samaritanspurse.org/memorial-page/thomas-g-stubits-boiling-springs-pa

To order memorial trees or send flowers to the family in memory of Thomas Stubits, please visit our flower store.