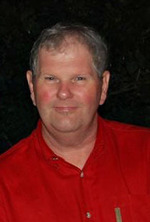 A 1967 graduate of Lock Haven High School, Rob was a retired Sergeant First Class in the U S Army, and served during the Vietnam War.  He was currently employed as a forklift operator at Exel in Carlisle.

He was preceded in death by a sister:  Janet Brungard and three brothers:  Eugene, Donald and Gary Smith.

Mass of Christian Burial will be held at 2:00 P. M. Friday, November 23, 2012 at the Mary Queen of Peace Chapel, Carlisle Barracks with Fr. Gregory D’Emma as celebrant.  Viewing will be at the Chapel on Friday from 12 Noon until time of Mass.  Burial will be private.

To order memorial trees or send flowers to the family in memory of Robert Smith, please visit our flower store.