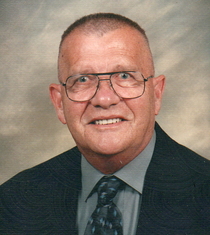 Mr. Lehman retired in 1999 from PennDOT, where he had worked as a heavy equipment operator.

He was a graduate of Shippensburg High School and loved hunting, camping and the Pittsburgh Steelers.  He had been associated with Boy Scout Troop 160, Carlisle and was a member of Hickorytown United Methodist Church, where he was a member of the “eggmakers.”

Bob was a devoted and loving family man.

Funeral services will be held at 10:00 A. M. Thursday, January 9, 2014 from the Ronan Funeral Home, 255 York Road, Carlisle, with the Rev. Iva L. O’Brien, his pastor, officiating.  Burial will follow in Cumberland Valley Memorial Gardens.  Viewing will be at the funeral home on Wednesday evening from 6:00 until 8:00 P. M.

To order memorial trees or send flowers to the family in memory of Robert Lehman, please visit our flower store.