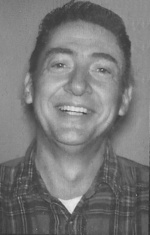 Born February 24, 1940 in Wilkes-Barre, PA, he was a son of the late Joseph and Julia Kosloski Biniek.

He was a veteran of the Vietnam War, having served 10 years in the Coast Guard.  He then worked for Safeway Stores as meat department manager and journeyman meat cutter for 20 years, and then for the Naval Inventory Control  Point, Mechanicsburg as a security guard, from which he retired.  After retirement, he continued as a security guard at Messiah Village, Mechanicsburg for a period of time.

He was preceded in death by a sister, Marie Biniek Hudak.

Surviving are his beloved wife, Diana L. (Saraka) Biniek to whom he was married for 49 years; a daughter, Kristina Barnett ( Guy) of London, Canada; a son, Paul of Mt. Holly Springs; a brother, Joseph (Irene) of Pasadena, MD; two sisters, Julianna Albowicz of Hagerstown, MD and Margaret Belcastro (Scott Antaloski) of Reading, PA; his twin grandsons, Seth and Sean Biniek, whom he affectionately referred to as the “Wrecking Crew”.  He will be dearly missed by his Yellow Lab, Goldie.

Funeral services will be held at 12 Noon on Thursday, October 21, 2010 at the Ronan Funeral Home, 255 York Road, Carlisle, with Fr. Dwight Schlaline officiating.  Burial, with military honors, will be in Indiantown Gap National Cemetery, Annville, PA.  Viewing will be at the funeral home on Wednesday, from 6-8 p.m.

In lieu of flowers, memorial contributions may be made to Hospice of Central PA, 1320 Linglestown Road, Harrisburg, PA 17110.

To order memorial trees or send flowers to the family in memory of Paul Biniek, please visit our flower store.