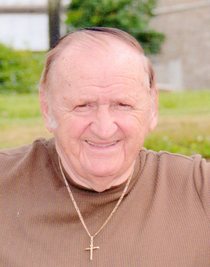 Paddy was a graduate of St. Edwards High School in Shamokin and was a U S Army Signal Corps veteran of the Korean War.  He owned and operated the Shamrock Deli and Paddy’s Distributors, both of Carlisle.

He was an avid tennis and accordion player and NY Yankees Fan;  a member of Eagles Aerie #1229, Carlisle.  He was also a member of St. Patrick Catholic Church, Carlisle.  Paddy was a founding father of Carlisle Midget Football of 44 years.

Paddy was a very giving man and deeply loved his family.

He was preceded in death by a brother:  Clarence Lauer.

In lieu of flowers, memorial contributions may be made in memory of Paddy to

To order memorial trees or send flowers to the family in memory of Patrick Lauer, please visit our flower store.