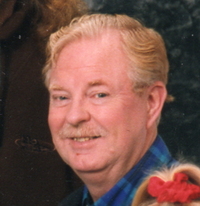 A graduate of Newport High School, Marlin served in the US Air Force from 195 to 1963.

He retired from UPS and attended the Doubling Gap Church of God. Marlin was a devoted, loving father with a great sense of humor.  He was especially close to his dog, Lokie.

Memorial services will be held at 4:00 P. M. Saturday, May 25, 2013 at the Ronan Funeral Home, 255 York Road, Carlisle with the Rev. Donald Snyder officiating.  Visitation will be at the funeral home on Saturday from 3:00 P. M. until time of service.  Burial will be private.

To order memorial trees or send flowers to the family in memory of Marlin Taylor, please visit our flower store.