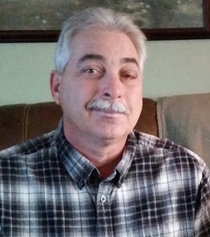 He was born on November 21, 1961 in Carilsle, PA to Almera (Kuhn) Metzger of York Springs and the late Jack Metzger.

Keith was employed as a Master Plumber and HVAC technician with H. L. Stoneberger Plumbing and Heating in Mechanicsburg.  Keith attended Bermudian Springs Schools.  He graduated from the Cumberland Valley Adult Education Program in 1994. He was currently enrolled in the Modern Gun School for Gunsmithing.

Keith was also a member of the Central Penn Sporting Clays, Dillsburg Fish and Game Club, Snow Shoe Rails to Trails and a life member of Monroe Fire Company.

Keith lived life to the fullest.  He was a devoted and loving husband, father, grandfather and friend.  Keith has inspired, encouraged and touched many lives. He enjoyed the outdoors, was an avid hunter, loved his hunting trips to Iowa and Missouri, ATV riding, spending time at the cabin, muscle cars and trucks and classic rock music. Keith was especially supportive of his grandson’s motocross racing and his granddaughter’s competitive gymnastics.

Funeral services will be held on Saturday, February 18, 2017 at 11:00 A. M. from the Ronan Funeral Home, 255 York Road, Carlisle Pastor Brian Warner officiating.  Burial will follow in Mt. Zion Cemetery, Boiling Springs.  Viewings will be at the funeral home on Friday from 6:00 PM to 9:00 PM and also on Saturday from 10:00 AM until time of service.

Please click here to view the video tribute
To order memorial trees or send flowers to the family in memory of Keith Metzger, please visit our flower store.