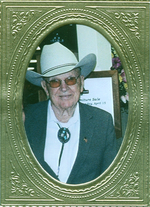 John W. Pifer, 94  of Mechanicsburg and formerly of Carlisle,  died Monday, Nov. 5, 2012 in the Claremont Nursing and Rehabilitation Center, Carlisle.

Mr. Pifer was retired,, after 44 years of service from the former C. H. Masland, Carlisle, where he was a mechanical engineer.

John was a member of the Carlisle Fish and Game, Eagles Aerie #1299, Carlisle, the White Circle Club, the Carlisle Moose Lodge #761 and was a founding member of  the International Union of Operating Engineer, Local #835.

He enjoyed the outdoors, especially hunting and also square dancing.

He was preceded in death by a brother:  James L. Pifer and three sisters:  Ruth  B. Wiseman, Pearl Ceyzyk and Mae C. Brison.

Funeral services will be held at  11:00 A. M. on Saturday, Nov. 11, 2012 from the Ronan Funeral Home, Carlisle with the Rev.  Donald L. Harbaugh  officiating.  Burial will be in Woodlawn Memorial Gardens, Harrisburg.  Viewing will be at the funeral home on  Saturday from 10 A. M. until time of service.

To order memorial trees or send flowers to the family in memory of John Pifer, please visit our flower store.