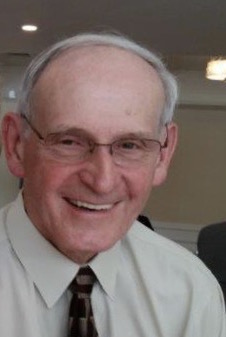 John Francis Klecic, former radio personality and retired radio broadcasting executive also known as Johnny Andrews, died February 15th, 2018 after a four year battle with cancer. He enjoyed a long and successful career as a radio disc jockey, as well as the programmer and general manager of a number of successful radio stations.

Born Oct. 13, 1939 in Hubbard, Ohio and raised in Farrell, Pennsylvania, he was the son of the late Anna (Rudolph) and Frank Klecic.

A graduate of Farrell High School, he attended Youngstown University and the University of Akron. His early radio career began in Farrell, Pennsylvania and Youngstown, Ohio on local stations, before becoming a top rated radio DJ and Program Director in the 1960’s and 1970’s. He spent twelve years at Susquehanna Radio’s WHLO in Akron as one of the WHLO “Good Guys,” radio personalities, and was inducted into the Akron Radio Hall of Fame.

Known for his exceptional on air voice, he moved on to Washington DC to WRC 98, the “Rock of the Capitol,” as the midday personality over the stations highly successful, three-year Top 40 run. Lee Sherwood, first Top-40 PD at WRC, was driving through Ohio, heard Andrews on the air, and knew immediately that Johnny was exactly the voice he was looking for and offered him the job.

Andrews went on to manage Keymarket Communications of Austin in from 1986 – 1989, and Sinclair Radio of New Orleans from 1989 – 1999.  In 2000 Andrews became the manager of Pinnacle Sports, the Nebraska Huskers Radio Network until 2004, before ending his career as General Manager of Salem Communications in Omaha from 2004 – 2007.

He was preceded in death by a brother: David Klecic.

Andrews' funeral will be at 10 am Saturday, February 24th at Ronan Funeral Home in Carlisle, Pennsylvania followed by a graveside service around 12 noon in Susquehanna Gardens in York, Pennsylvania.

To order memorial trees or send flowers to the family in memory of John Klecic (Johnny Andrews), please visit our flower store.