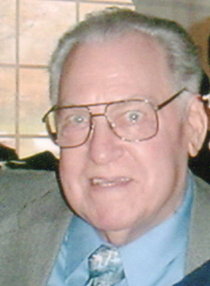 Mr. Ammerman was a wood pattern maker by trade. He retired from the Naval Inventory Control Point, Mechanicsburg.  Earlier in his career he had been employed by the Frog, Switch and Manufacturing Co., Carlisle.

He was a U.S. Army veteran of World War II, having served in the European, African and Middle Eastern Campaigns.  He was awarded four Bronze Stars for his service.

He was preceded in death by his brother George.

In lieu of flowers, memorial contributions may be made to the Wounded  Warrior Project, 301 Grant Street, Suite 900, Pittsburgh, Pennsylvania 15219 or at www.woundedwarriorproject.org

To order memorial trees or send flowers to the family in memory of John Ammerman, please visit our flower store.