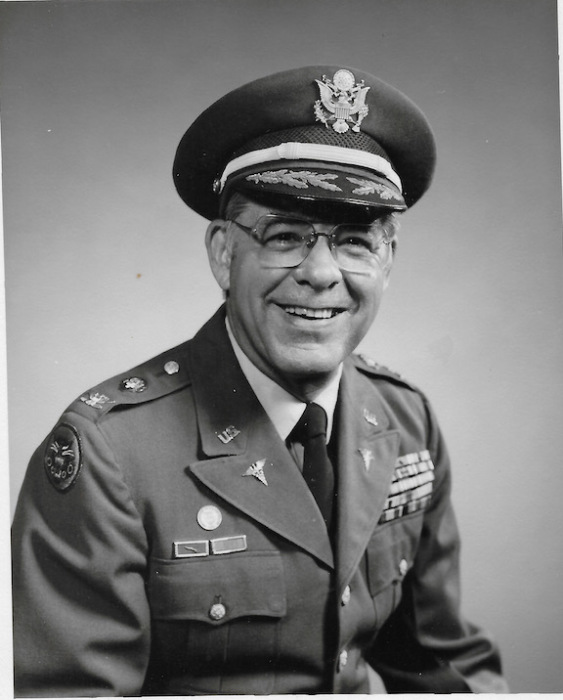 Doctor Davis graduated from John Harris High School in 1938 and then attended Harrisburg Academy. During WWII Bob served his country in the US Army Air Corps. After returning from Trinidad,  he attended OCS at Ft. Campbell, KY, receiving his commission in Armor. He graduated from the University of Pennsylvania and its Medical School.  Dr. Davis interned at the former Polyclinic Hospital, Harrisburg and then established his  family practice in Boiling Springs.

Dr. Davis was very active in his community.  He was an avid supporter of the South Middleton School District having served several terms on the School Board and also serving as the school and team physician for many years. Bob and his wife Lyla established The Bubbler Foundation to support the school and community. He also served  as the President and team physician for the former Cumberland Colts semi-pro football team.

He was an elected Supervisor of Monroe Twp., and also served as Chairman of the Monroe Twp., Parks and Recreation Board.

Dr. Davis remained active in the Army Reserve, having last commanded the 316th Station Hospital in Harrisburg, retiring with the rank of Colonel after 34 years of service. He also spent two tours as a physician in Vietnam.

He was honored to be the recipient of the following:  the Bronze Star, the Medical Combat Badge, the Vietnamese Medal of Honor, the Bronze Medallion Award of the Four Chaplains, an honorary member of the Green Berets, the Pennsylvania Distinguished Service Medal, Pennsylvania Medical Society Man of the Year, the Molly Pitcher Award, and the United Way Alexis de Tocqueville award. Dr. Davis was Chairman of the Samaritan Fellowship and served on the Salvation Army Board of Directors.

Dr. Davis was a longtime member of St. John Lutheran Church, Boiling Springs, where he served several terms on church council and taught the Men’s Sunday School Class for many years. He was a long-time member of the former Cumberland Star Lodge #197 F&AM. and Harrisburg Consistory.

The family invites you to celebrate Doc’s lifelong dedication to his country and providing compassionate healthcare to the community. Funeral services will be held at 11:00 A.M. on Saturday, December 23, 2017 at St. Elizabeth Ann Seton Roman Catholic Church, 310 Hertzler Drive, Mechanicsburg with Monsignor William J. King officiating. Viewings will be at the Ronan Funeral Home, 255 York Road, Carlisle on Friday from 5-8 P. M. and also at the church on Saturday from 10:00 A. M. until time of service. Burial will be in Mt. Zion Cemetery, Boiling Springs.

In lieu of flowers, memorial contributions may be made to The Bubbler Foundation, 4 Forge Road, Boiling Springs, Pa 17007 or Hospice of Central Pennsylvania, 1320 Linglestown Road, Harrisburg, PA 17110.

To order memorial trees or send flowers to the family in memory of H. Robert Davis, MD, please visit our flower store.