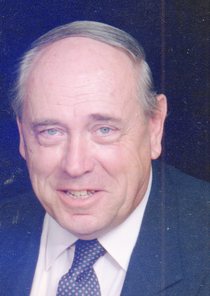 Born July 30, 1929 in Harrisburg, he was a son of the late David and Dorothy (Koller) Gardner.

Mr. Gardner was a graduate of the former William Penn High School, Harrisburg and had attended Messiah College, Berean Bible College and Bob Jones University.  During High School he was very involved in the music program, playing the trombone.  He participated in the orchestra, jazz band and brass sextet.

He was a retired truck driver for Motor Freight Express, New Penn and Feeser’s Food.  Later in his career he was a dock supervisor.

Herbert was a member of Shiloh Missionary Baptist Church, Carlisle and was a U S Army veteran of the Korean War.

He was preceded in death by a sister:  Elizabeth Pendell.

Funeral services will be held at 11:00 A.M. on Thursday, March 24, 2016 from Shiloh Missionary Baptist Church, N. West and Lincoln Streets, Carlisle with the Rev. Daniel B. Keyes        officiating.  Burial, with military honors, will be in Indiantown Gap National Cemetery.  Visitation will be at the church on Thursday from 10:00 A. M. until time of service.

To order memorial trees or send flowers to the family in memory of Herbert Gardner, Sr., please visit our flower store.