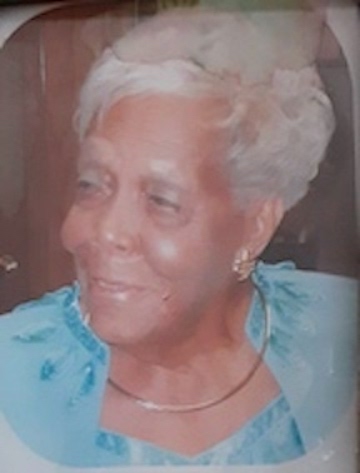 Grace J. Williams, 98, of Carlisle, PA., peacefully transitioned from earthly to eternal rest, in her sleep on Tuesday, December 22, 2020, at the Church of God Home, Carlisle. She was born on August, 9, 1922, in Norristown, PA., and was the daughter of the late Abraham Luther Edsell, Sr. and Margaret Reid Edsell.  Following the deaths of both parents, she was reared by her grandmother, the late Laura J. Yelletts.

Upon moving to Carlisle as an adolescent, she enrolled in the Carlisle School District and graduated from the Carlisle High School, Class of 1940.  During her career, Grace had decades of employment at the Mechanicsburg Naval Depot, the Commonwealth of PA., Department of Transportation, and Montgomery Wards, having retired from each company.

Grace was a member of the Shiloh Missionary Baptist Church of Carlisle for over 60 years. She served in many capacities, including:  Sunday School Teacher, Girl Scout Leader and Youth Advisor, Chaplain of the Sanctuary Choir, member of the Annual Prayer Breakfast and Hospitality Committees. In recent years, Grace was a Watchcare member of the Solid Rock Missionary Baptist Church of Harrisburg, PA.  In the community, she was a member of the Carlisle Chapter of the American Business Women's Association; the Carlisle Parks and Recreation Board, where she received an award for outstanding service; the Girls Softball Board of Carlisle, while serving as a Team Coach for 15 years; the Golden Girls Club; and a member of the Heinz-Menaker Senior Citizen Center in Harrisburg for many years.

Please click here to view the video tribute
To order memorial trees or send flowers to the family in memory of Grace Williams, please visit our flower store.