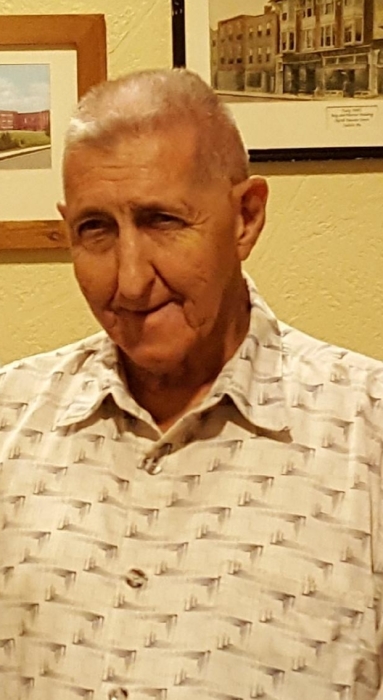 Glenn E. Hockenberry, age 75, died peacefully at home and went to be with his Lord on December 28, 2018.  He was born in Randolph Field, Texas, on January 22, 1943 to John E. and Mary Jane (Kitner) Hockenberry, while his father was stationed there with the Air Force.  His family moved to Landisburg, Pennsylvania, where he graduated from Green Park Union High School in 1960.  He attended Barber College and did his apprenticeship training in Chambersburg.  He then attended and graduated from Northeast Bible School while working as a barber.  He settled in Carlisle in 1973 and owned and operated a barber shop there until his recent illness.  Glenn was a pilot and found great joy in flying.  He loved the covered bridges of Perry County and enjoyed drives there to look at God's creation.  He loved being a barber and interacting with his customers.  He loved telephone calls from his friends.  He was proud to be a Mason.  He strived to increase his knowledge and could often be found reading books and listening to talk radio.  He loved reading the Bible.  He was preceded in death by his wife, Helen Hockenberry.  Surviving are two sons, Joel A. (Michele), of New Cumberland; Dwight T. (Dolly), of Carlisle; a sister, Barbara A. (Bill) Walker, a brother, Karl (Karen) Hockenberry, both of Ft. Myers, Florida; a sister, Mary Fisher, of New Bloomfield; six grandchildren, David (Jordan), of Carlisle; Kassie, of Ft. Myers, Florida; Briana, Nicole, Matt and Andrew, of New Cumberland; and several nieces, nephews, cousins, and many friends.   He will be missed.  There will be a graveside service at New Life Assembly of God Cemetery in Landisburg, Pennsylvania on Thursday, January 3, 2019, at 1:00 pm

To order memorial trees or send flowers to the family in memory of Glenn Hockenberry, please visit our flower store.