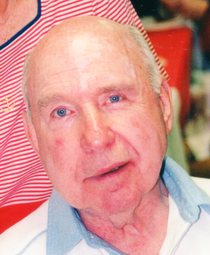 Glenn Leroy Foltz, “Foltzy”, was born October 27, 1925 to Elsie (Baer) and Roy W. Foltz of Carlisle, Pa.  He graduated from Carlisle High School in 1943 and joined the U.S. Navy during World War II.  He served three years in the Pacific on a mine sweeper.

He became an apprentice electrician at Billett’s Electric, Carlisle.  He was a master electrician with the I.B.E.W. #143, Harrisburg until he retired in 1987.

Services will be private at the convenience of the family.

To order memorial trees or send flowers to the family in memory of Glenn Foltz, please visit our flower store.