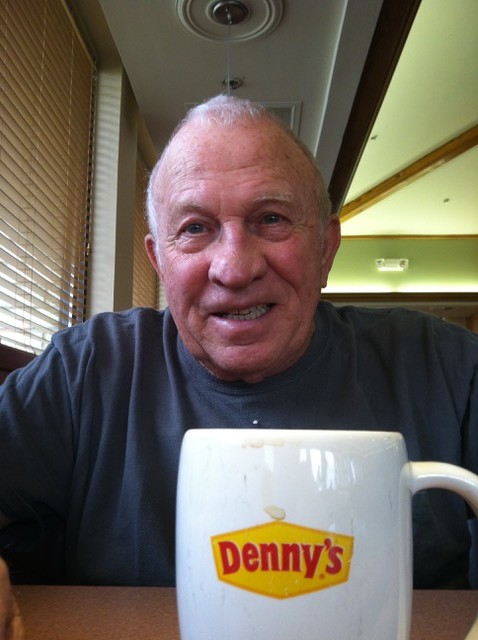 home, surrounded by his loving family.

Born October 18, 1939 in Columbus, OH, he was the oldest child of the lated Leonard and

Floyd was a U.S. Navy Veteran for 23 years and 8 months, serving most of his time on submarines, retiring as a Master Chief. Following his active-duty service he was employed by the former Ships Parts Control Center, Mechanicsburg PA for 30 years.

He was a member of Mt. Zion Lutheran Church, Boiling Springs (Churchtown).

In addition to his parents he was preceded in death by a son Douglas, a sister Joann Sims, and two brothers Russell and Michael.

Surviving are his wife of 63 years: Patricia (Sparks) Hardy; two sons: Floyd of Heidlersburg and David of Tennessee; five daughters: Susan Nelson of Texas, Margaret Weaver of Williamsport, Kathleen Pitzner of Wisconsin, Tabitha Kelley of Greencastle and Brandi Ebach of Okinawa; two brothers: John of Ohio and Richard; five sisters: Jean Rogers of Ohio, Carol Townsend of Ohio, Linda Robson of Florida, Joyce Turner of Ohio and Judy Williams of Ohio. Also surviving are 22 grandchildren and 31 great grandchildren and many nieces and nephews.

Memorial services will be held at a later date to be announced at Mt. Zion Lutheran Church, Boiling Springs (Churchtown).

In lieu of flowers, memorial contributions may be made to the Building Fund of Mt. Zion Lutheran Church, 325 Old Stonehouse Road S, Boiling Springs PA 17007.

To order memorial trees or send flowers to the family in memory of Floyd Hardy, please visit our flower store.

Services are to be announced