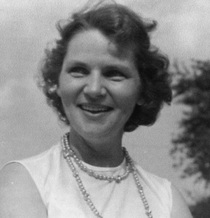 Elinor P. Boyer, 90, of Carlisle, PA, died at Forest Park Nursing and Rehabilitation Center in Carlisle, PA, on Friday, April 21, 2017. She was born in Lisbon, Ohio, on September 26, 1926, the eldest child of Opal (Eastham) Shaw and Albert L. Shaw.  She married Jacob J. boyer in February 1927, and after a long and happy life together, they celebrated their 66th wedding anniversary on February 2013.  In April 2013, Jacob preceded Elinor in death.

Also surviving are Elinor’s three sisters:  Marilyn Morrow of New Cumberland, PA; Eunice Lightner of Newville, PA; and Lois Crull of Carlisle, PA. Elinor was preceded in death by a brother, Dale Shaw as well as three siblings who died in childhood.  She had six grandchildren, in addition to many nieces, nephews, and great-grandchildren.

As a young woman, Elinor attended Indiana State Teacher’s College and worked as a housekeeper.  After her marriage, she stayed very busy with her household and her seven children.  She was an accomplished seamstress and made clothes for her kids when they were young.  Later on, she made quilts and knotted coverlets (haps).  When she was in her forties, she completed half of the training to become a licensed practical nurse but had to stop due to health problems.

Elinor loved to read. In addition to medicine and health, she was interested in writing.  In 2015, she published a book of her memories and observations called See the World in a Trotwood .  She loved her dogs Butch, Midnight, Pepper, Riley, and Marshall, and she tolerated one cat, except when he jumped on the counter and ate the cottage cheese.

Funeral services will be private.  There will be no public viewing or visitation.

To order memorial trees or send flowers to the family in memory of Elinor Boyer, please visit our flower store.