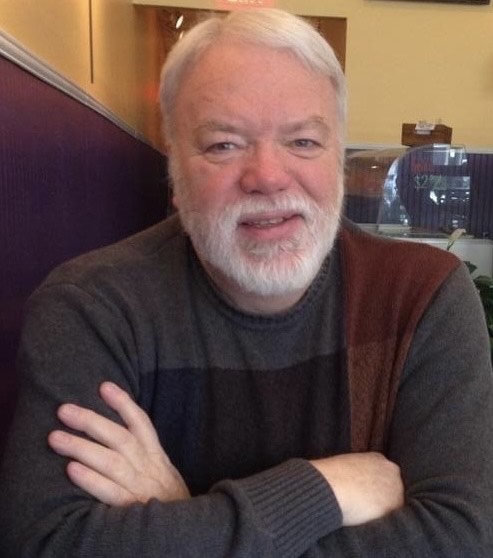 David Lee Jester, 73, died from a courageous battle with metastatic prostate cancer on May 11, 2022, surrounded by his loving family at home.

David is survived by his daughters, Stephanie Eby and Kelly Smiley (husband Jason) and grandchildren, David Eby and Charlotte and Maxwell Smiley of Carlisle; Debra Spencer (husband Herb Forney) of Shermans Dale; and numerous nieces and nephews.  He was preceded in death by his beloved wife Cynthia (Merris) Jester and his parents, Floyd and Pauline (Stauffer) Jester.

David was born December 11, 1948 in Wooster, OH. He graduated from Mechanicsburg High School in 1967 and attended broadcasting school in Atlanta, then went on to be drafted by the United States Army and served from 1969-1971. He retired in 2010 from Highmark after 22 years as a Medicare Fraud Investigator.

David enjoyed spending time with his family, whether it be camping in Shenandoah National Park or a movie night at home.  An avid sports fan, he especially loved the Los Angeles Dodgers since 1958. He was relieved when they finally won the 2020 World Series, especially since it was the first time since 1988!  David could be found rocking out to some of his favorite bands like Tedeschi Trucks Band and The Allman Brothers Band. He enjoyed seeing live music and often went to concerts. He liked telling us that he saw Jimi Hendrix and many other bands like The Who and Diana Ross & the Supremes. He would laugh and say, "I may be old, but I have seen all the cool bands."

He loved to read and could usually be found on the back deck of his house on summer Saturdays with a cup of coffee and his Bible. David’s true passion and calling was serving the congregation at the Carlisle Church of Christ where he ministered in different capacities throughout the years as teacher, deacon, elder, preacher and office manager.

To order memorial trees or send flowers to the family in memory of David Jester, please visit our flower store.