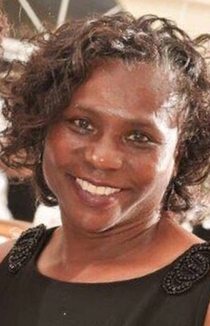 Born October 21, 1955 in Carlisle, she was the daughter of Mae E. (Jackson) Wright of Carlisle and the late David Wright.

Mrs. Wright-Williams had been employed as a pharmacy technician for B. Bruan Pharmacy.

She was a graduate of Carlisle High School  and had attended Shiloh Missionary Baptist Church, Carlisle.

She was preceded in death by two sisters:  Marsha Washington and Rosetta Green.

Funeral services will be held at 1:00 P. M. Tuesday, November 15, 2016 from the Ronan Funeral Home, 255 York Road, Carlisle, with the Rev. Daniel B. Keys officiating.  Burial will follow in Cumberland Valley Memorial Gardens.  Visitation will be at the funeral home on Tuesday from 12:00 P. M. until time of service.

In lieu of flowers, memorial contributions may be made to the American Cancer Society, 112 Sipe Ave., Hummelstown, PA 17036.

To order memorial trees or send flowers to the family in memory of Brenda Wright-Williams, please visit our flower store.